Cookies help us deliver our services. By using our services, you agree to our use of cookies. More information

From NSS Phoenix
Jump to navigationJump to search

The Aviskree hail from the large "Moon" of the Tajaran home planet Ahdomai, S'ranjir, known as Avis to them, in the underground, and almost completely unknown, city of Avikaria, in 2534 Mining operations funded by Osiris Atmospherics had uncovered the city and species, and Nanotrasen took the Aviskree in and educated them for five years.

At the current time (2559), Aviskree work mostly with Nanotrasen and Osiris Atmospherics, but can be found in most other companies, many of their old traditions still take place.

The Aviskree are a humanoid bird race. The race comes in a wide range of colors, from bright reds to dull browns. They have wings but they are purely aesthetic. The Aviskree have been around for about 25 years, and work for many companies, but mainly Nanotrasen. 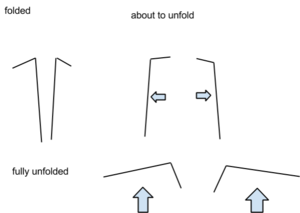 Please note that the Aviskree wings can not fly due to evolution. They can however, glide, but there's no use in gliding when you're in a space station...

Discovery and the planet of the Aviskree

You can also tan the skin in order to make it like some sort of leather-like material.